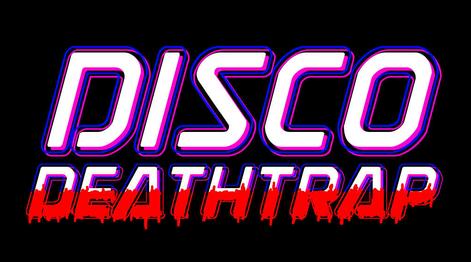 10. "What I Like About You" by The Romantics - The song that plays while Suzanne is staring suspiciously at the floor where she tripped.

5. "And The Beat Goes On" by The Whispers - Jim taps Mary Anne on the shoulder, Jack and Mike go to put on their costumes.

6. "Funkytown" by Lipps Inc. - Dan tries to impress and flirt with Denise.

11. "Gimme Gimme Gimme" by ABBA - The song Paul and Sarah the Disco King and Queen do their encore skate number to.  Dan confronts Mary Anne in the front lobby.

3. "Don't Stop Til You Get Enough" by Michael Jackson - The first song that DJ Freddy plays when they all go into the roller rink.

12. "Happy New Year" by ABBA - The last song Freddy plays before midnight.  I imagined it as background music in all of Chapter 6.

7. "Do the Hustle" by Van McCoy - The last song in Chapter 3.  Dan, Mary Anne, Jack, Mike and the others do the Hustle on skates in the middle of the rink.

4. "All Over The World" by ELO - The song that plays after everyone has their skates on and begins skating.  Gary picks up Lindy.

14. "Stayin' Alive" by The Bee Gees - The song playing on the radio as the survivors drive away from Rollerville, and see the Air-Guitar Man again.

2. "Don't Bring Me Down" by ELO - The song Dan has in his head all day on New Year's Eve, and the background music I imagined on the bus ride over to Rollerville.

13. "Auld Lang Syne" by Guy Lombardo and the Royal Canadians - The song the killer plays at the end of Chapter 7 while finishing off all the wounded.

8."Rock With You" by Michael Jackson - The song Freddy plays during the Couples Only Skate.  Dan first talks to Denise, Suzanne trips on something on the floor.

Ever wonder what one of the songs in Disco Deathtrap sounds like? Check them all out here (Caution: Potential Spoilers below).  All 14 of these songs were either featured in the storyline of Disco Deathtrap, or imagined as background music during certain scenes.  Check 'em out here or click here to play the entire set on youtube.

1. "Dancing Queen" by ABBA - If Disco Deathtrap were to have a theme song, this would be it.  It plays during the 1st chapter and plays an important role throughout the book.